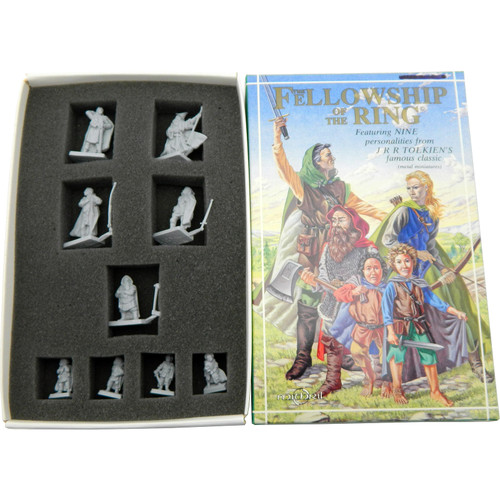 At Rivendell, the house of Elrond the Half-Elven, a great council was held of all the free peoples, to decide what to do with the One Ring. Many stories were told and much was debated. Eventually the decision was made to attempt to destroy it, at the Cracks of Doom where it was forged long ago. Frodo volunteered to accept the terrible task and be the Ring-bearer. Elrond chose companions to accompany him on his quest, saying "The Company of the Ring shall be Nine, and the Nine Walkers shall be set against the Nine Riders that are evil".

This is a redesigned box set from the original MB237 set. All figures are redesigned. The box cover art remains the same.

This release is available primed or unprimed via options and some assembly is required. Metal alloy used is lead-free and is mostly Tin with a small amount of Zinc and Antimony.