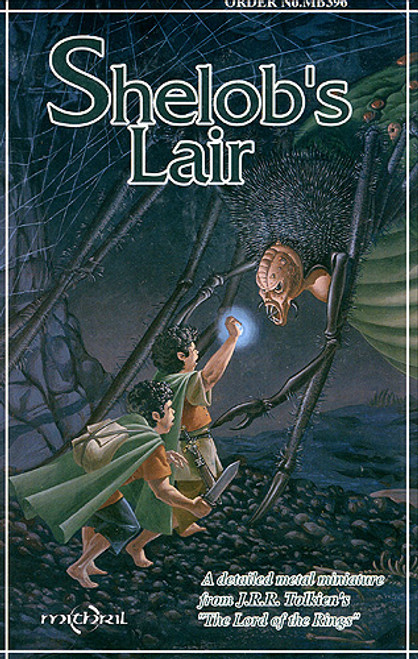 Escaping to the west, as Beleriand was broken in the great deluge during the war of the Valar, the remnant of the giant spiders of the Taur-nu-fuin sought refuge in the hidden places of Middle-earth. While some infested the deeps of Mirkwood, others took up their abode in the Ephel Duath. Of this latter group the last and greatest was Shelob, a creature of obscene size and bloated appearance, whose appetites were sated by devouring any living creatures: men, orcs or even Elves who strayed into her lair.

She had previously held Gollum captive, but released him on the promise that he would bring her other food. Thus he led Frodo and Sam into Shelob’s lair both in fulfilment of his word to the great spider and to achieve his own ends of retrieving the One Ring from Frodo.

This box set has unprimed figures in it.