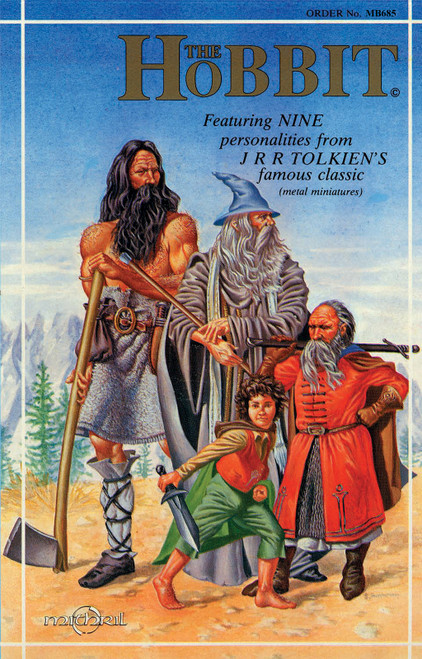 Gandalf lead a expedition of Dwarves and Bilbo the Hobbit on an exciting and dangerous adventure to the Lonely Mountain to defeat the mighty dragon, Smaug. On the way to the mountain they encountered Goblins and Mirkwood Elves and had to escape intact in both circumstances. When Smaug was disturbed by Bilbo's theft, Smaug flew to Laketown to burn it down and Bard managed to slay the dragon with an arrow through the one vulnerable spot in its armour. Afterwards there was a huge battle between five different factions for control of the mountain and the dragon's horde.

This is a redesigned box set from the original MB236 set. All figures are redesigned and The Master of Laketown replaces Bard of Laketown. The box cover art remains the same.

Small parts are not primed but the figures are primed. Metal alloy used is Pewter and is mostly Tin with a small amount of Zinc and Antimony.