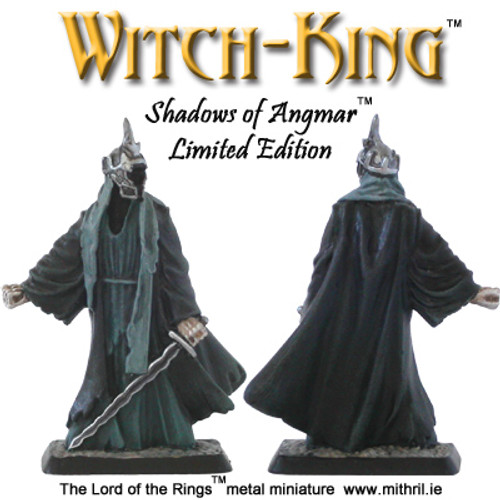 A limited edition release in 2007 for the Shadows of Angmar release in the Lord of the Rings on-line game.

The Witch-king is the most powerful Nazgul out of all the nine that haunted Middle-earth during the War of the Ring. He was once a human king that had been horribly corrupted by one of the nine rings of power given to Men by Sauron. Now undead the Witch-King is tied closely to the fate of the One Ring itself. The Witch-King was eventually destroyed by Eowyn and Merry Brandybuck during the Battle of Plennor fields.