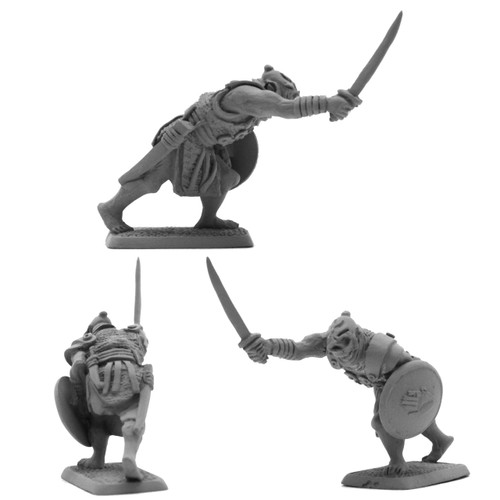 Mauhúr was an Uruk-hai captain under the command of Uglúk, who's company was one night surrounded by a group of Rohirrim, led by Éomer. When the Uruk-hai attacked, the Rohirrim rode to meet them in a bloody battle where many orcs were slaughtered.

The orcs' captives, Merry and Pippin, found themselves outside the circle and were able to escape into Fangorn Forest. Mauhúr perished with the other orcs in the ensuing battle.

Dimensions: Figure measures 36mm in height from bottom of base to the top of the sword.

This is the 73rd release in the new Gold Status Fellowship club. This is August 2011's Winning idea. It was suggested by 'Shadyt'.