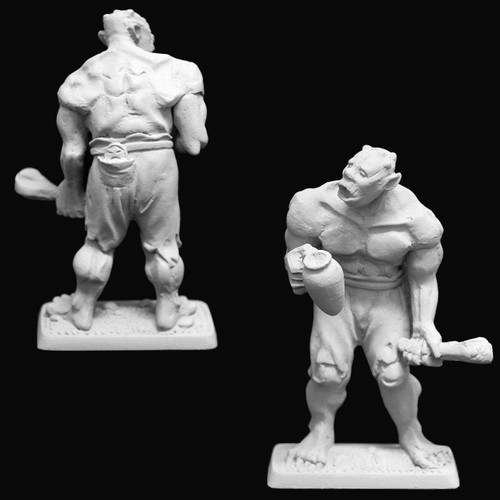 One of the three trolls from "The Hobbit" whom Bilbo and his companions encountered on their
journey along the East road toward the mountains.

This is the 32nd release in the Gold Status Fellowship club and was March 2008's Winning idea. It was suggested by 'ddaines'. Figure measures 50mm in height from bottom of base to top of head.