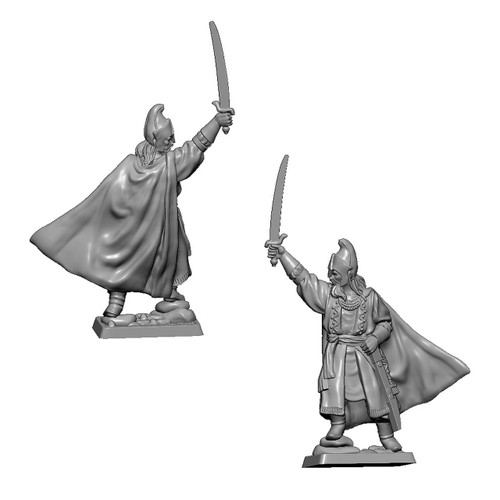 The Easterlings comprised many warlike tribes usually following a nomadic and pastoral lifestyle, who at various times erupted into the west of  Middle-earth to threaten the stability of both Gondor and Rohan. Notable among them were the fierce Balchoth and the Wainriders. Many were seduced into the service of Sauron and one of their kings was given one of the nine rings by the Dark-lord.
This figure depicts him before the evil of the ruling ring has transformed him into one of the terrible Nazgul.

This is the 143rd release in the Gold Status Fellowship club and was July 2017's Winning idea. It was suggested by 'Khador'. Measures 53mm in height from base to raised sword tip.