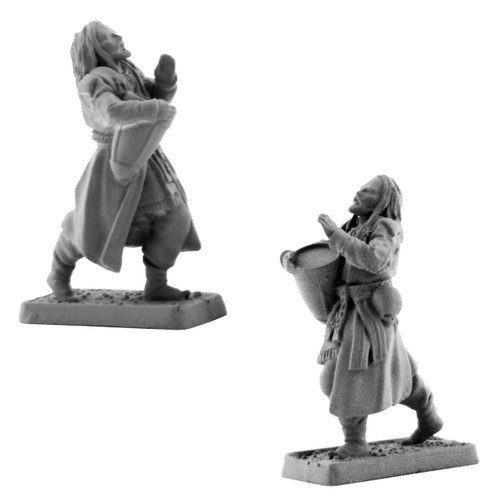 The term "Easterlings” was applied by the folk of the west of Middle-earth to all those peoples who hailed from the vast steppe lands east of Mirkwood from Rhun and beyond. They were invariably pastoralist and also excellent horsemen and many of their number allied themselves with the Dark-lord during the war of the Ring. Their religion was largely shamanistic and their holy men would induce trance-like states by drumming and other means. This figure shows an Easterling shaman, with such a drum. His clothes are sown with charms and feathers of various kinds to afford magical protection.

This is the 128th release in the Gold Status Fellowship club and was May 2016's Winning idea. It was suggested by 'Thingol'. 32mm in height from base to top of his head.