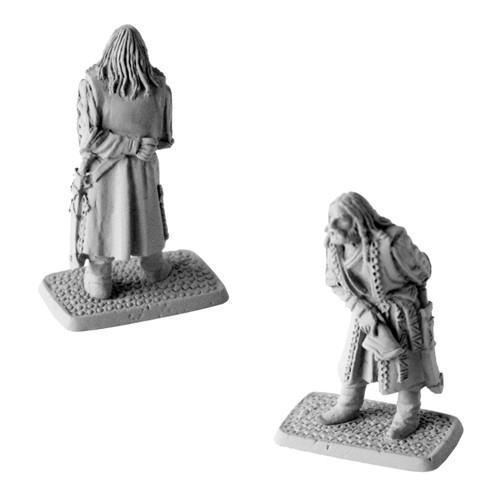 “Easterling” was a general name given by the settled peoples of Gondor and Rohan to those nomadic tribes who inhabited the lands of eastern Rhovanion and those vast steppes beyond the sea of Rhun. Divided into many clans and tribes the Easterling peoples were pastoralists who lived in temporary tented encampments and who moved according to the pasturage available to their great herds of horses. Famed for their skill as horsemen and for their dexterity with the composite bow, the Easterlings were fearsome warriors, and on many occasions have raided and invaded the western lands. Two significant invasions into the western lands took place in the Third-age.

This is the 78th release in the Gold Status Fellowship club and was January 2012's Winning idea. It was suggested by 'twrich'. Figure measures 34mm in height.