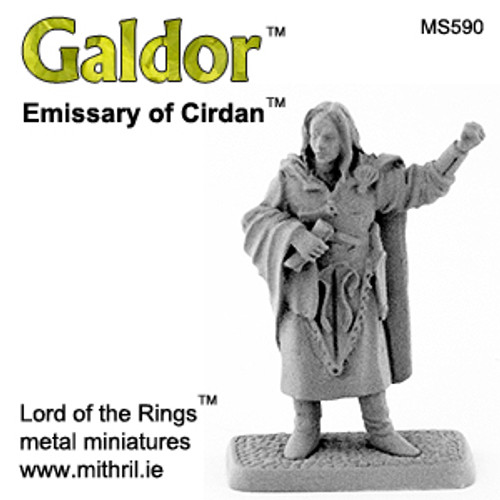 Galdor was a Sindarin Elf from the Grey Havens in the north-west of Middle-earth. He was sent by Cirdan the shipwright to represent his people at the council of Elrond at the start of the war of the Ring.

This is the 88th release in the Gold Status Fellowship club and was December 2012's Winning idea. It was suggested by 'gildor'. 34mm in height from the bottom of the base to the top of his head.