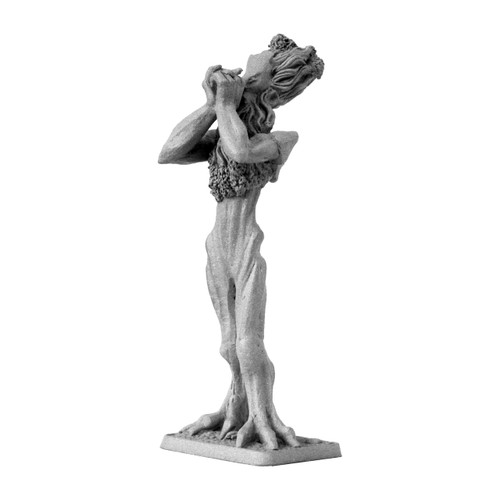 Ents are one of the oldest beings on Middle-earth. They guard and tend the trees of the Great forests. Some trees become semi-sentient and friends with the ents. Ents are a careful and peaceful people, happy to travel the forests, and tell long tales. At the end of the third age (time of the Lord of the Rings), Ents were slowly fading away from Middle-earth, producing no new children (Entings) and losing contact with their females, the Ent-wives, who left the forests ages ago.

When Merry and Pippin came across Treebeard in Fangorn Forest, they urged the Ents to aid them. The Ents were long aware of the damage that the orcs under the traitor Sarumans banner was causeing to the forest near Isengard. They gathered at an Entmoot for 3 days, as they do not act rashly. Lead by Treebeard, the oldest Ent, they marched on Isengard itself, the lair of Saruman. They tore down the gates and killed any orc they found. Saruman narrowly escaped death by hiding in the Orthanc tower. The Ents then diverted the river Isen and flooded the whole of the fortress, ruining all the evil war machines and drowning any hidden orcs.

Saruman was under siege and Treebeard waited for advise from Gandalf as no one could break Orthanc's magical walls.

This is the 20th release in the Gold Status Fellowship club and was March 2007's Winning idea. It was suggested by Ian Heath. Measures 63mm in height approximately.