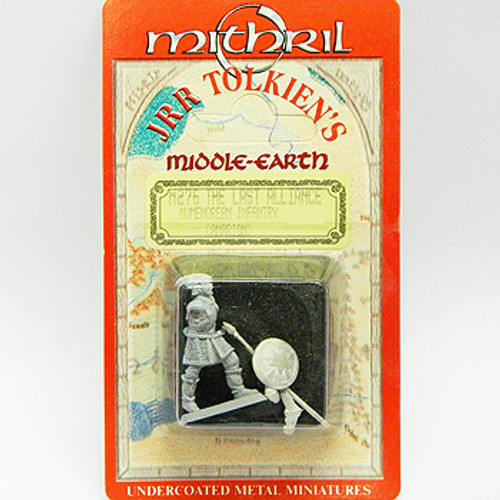 Númenóreans were the Men of Númenor. Númenor, known in the Common Speech as Westernesse, was one of the names of the isle of Elenna, which was raised from the Great Sea by the Valar in the beginning of the Second Age. Due to the fact that the Ban of the Valar restricted them from sailing West, the Númenóreans began to explore the eastern part of the world, reaching the shores of Middle-earth in S.A. 600 in Lindon and met with Gil-galad.

Blister design and condition may vary as this is old stock. Old prices printed on labels are removed in the photos to avoid confusion.