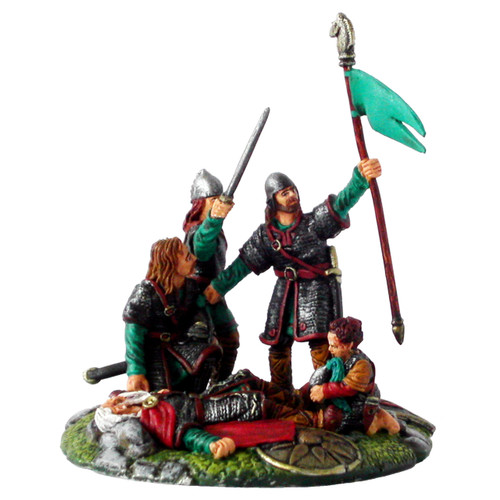 Theoden was killed during the Battle of the Pelennor Fields while fighting the dread Witch King. Eowyn and Merry came to his aid and managed to slay the fellbeast and its rider.

Quote: ' Then one of the knights took the king's banner from the hand of Guthlaf the banner -bearer who lay dead, and he lifted it up. Slowly Theoden opened his eyes. Seeing the banner he made a sign that it should be given to Eomer.

"Hail King of the Mark!" he said. "Ride now to Victory! Bid Eowyn farewell!". And so he died, and knew not that Eowyn lay near him. And those who stood by wept, crying "Theoden King! Theoden King!".'