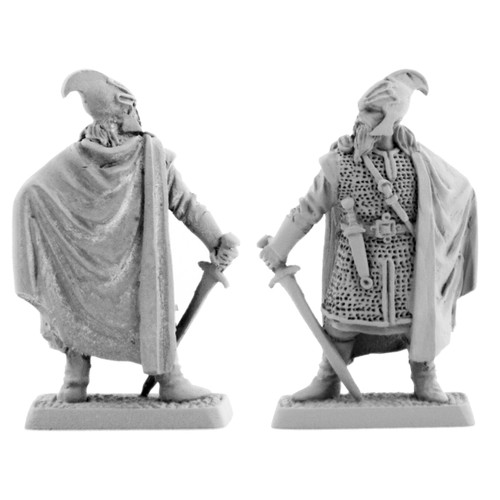 Eärendur was the tenth and last King of Arnor. After his death in 861, probably due to jealousy on the part of the two younger sons, his three sons split Arnor into three separate kingdoms: Arthedain, Cardolan and Rhudaur.

His eldest son and rightful heir, Amlaith of Fornost, became the first King of Arthedain, and it was through Amlaith and his heirs that the line of Isildur endured whilst the line of kings of Rhudaur and Cardolan failed - Aragorn II was a direct descendent of Amlaith, and it wasn't until Aragorn became king that Arnor was finally reunified.

Dimensions: 37mm in height from base to top of helmet.

This is the 92nd release in the new Gold Status Fellowship club. This is March 2013's Winning idea. It was suggested by 'erchamion'.