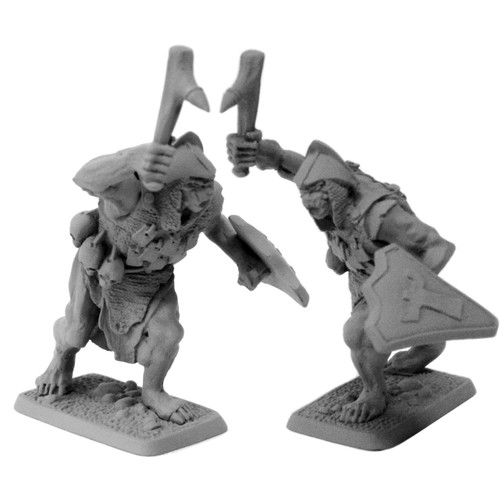 Rogrog was an Olog or black troll who commanded the orcish armies of the Witch-king of Angmar during the wars with the Arnorian successor states. In TA 1409 Rogrog led the armies of Angmar in an assault upon the Dunedain of Cardolan, driving all before him. He encircled his retreating enemies upon the Barrow-downs where he cut down king Ostoher, the last of the line of Cardolan.

This is the 86th release in the Gold Status Fellowship club and was September 2012's Winning idea. It was suggested by 'Erchamion'. 55mm in height from the bottom of the base to the top of the club.