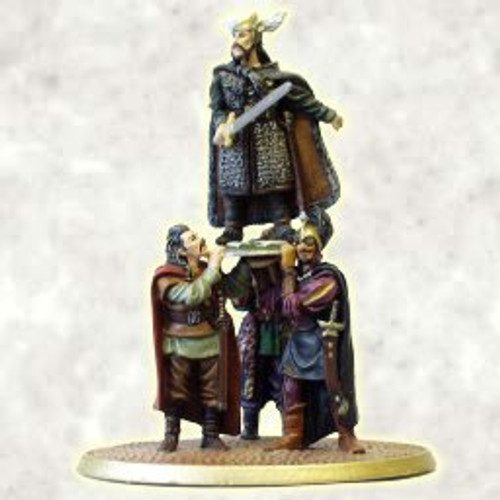 Wulf was the son of Freca, who tried to force a wedding between Wulf and the daughter of the King of Rohan, Helm Hammerhand, Helm killed his father, and Wulf took charge of a Dunlending army that overran Rohan.

Wulf took Edoras, and besieged the Rohirrim, at the Hornburg in the refuge which would later be called Helm's Deep.

Wulf managed to kill Helm Hammerhand as well as his sons Haleth and Háma, but was in turn killed by Helm's nephew Fréaláf Hildeson, who reclaimed Rohan.