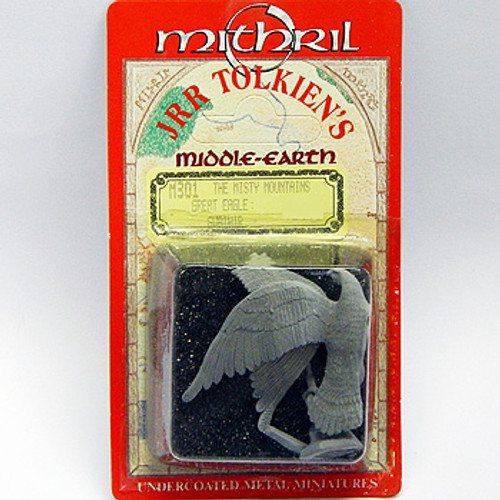 Gwaihir was the greatest and the swiftest of the Eagles of Middle-earth at the time of the War of the Ring. During the War of the Ring, he noticed Gandalf on the pinnacle of Orthanc while trapped by Saruman and carried him to Edoras. Later he was sent by Galadriel to find Gandalf; he found him on the peak of Celebdil after the Battle of the Peak, and carried him to Lothlórien.