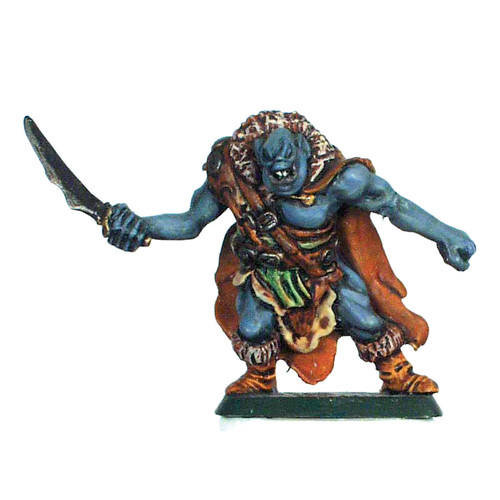 Chief of the Orcish clans who infested the Misty mountains during the late third age, the Great Goblin was an abnormally large and hideous creature standing far taller than most men. Although originally vassals of the Orcs of Mount Gundabad, their great distance from the seat of royal power meant that the orcs of the misty mountains were effectively independent. Thus the Great Goblin became lord in his own right and held sway over the largest independent orc tribal grouping in N. W. Middle-earth.

He met his end at the hands of Gandalf who struck him dead with an Elvish sword, during a battle between the Orcs and Thorin's Dwarves.