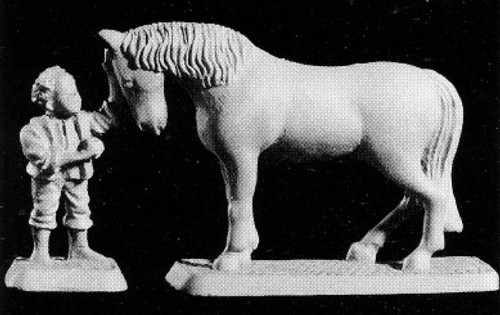 The Village of Bree was situated east of the Shire and south of Fornost Erain. It was mostly populated by men, but Hobbit servants worked at the Prancing Pony Inn and special Hobbit-sized rooms were available there; there were also some Hobbit homes on the hill. Bree lay at the junction of the Great East Road and the Greenway (a path leading south), and had a small amount of commercial traffic as a consequence. Bree had a gate and gatekeepers to keep out troublemakers from the wild lands beyond.
Samwise purchased Bill the Pony from Bill Ferny. The pony was undernourished but Sam looked after him and with some exercise and good food, Bill quickly recovered and Sam had a bond between them.