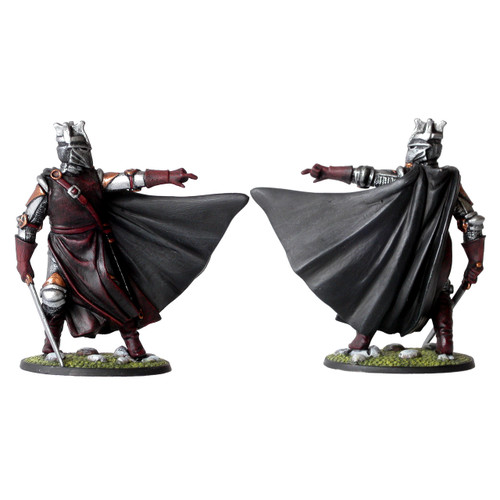 Lord of the Nazgul: Chief of all the servants of Sauron, the Witch-king (Lord of the Nazgul) was, in origin, one of the black Numenoreans who the Dark-lord seduced to his own service by the gift of one of the Nine rings. The rings conferred great power upon their wearers but also subjugated them forever to the will of Sauron. As well as his great talents in sorcery the Witch-king was Sauron's ablest military commander. He founded the Northern Kingdom of Angmar and was the architect of both Arthedain's and Cardolan's destruction. He also successfully wrestled from the Southern kingdom of Gondor the great citadel of Minas Ithil. He was slain finally by Eowyn (with Merry's help) in the great battle in Gondor.