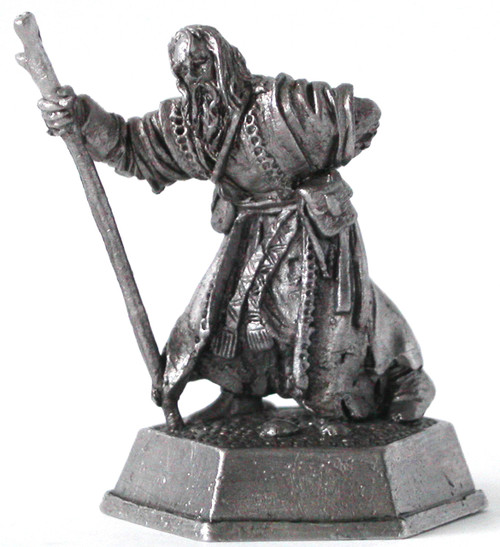 There were only 200 32mm scale metal miniatures produced.

After the destruction of his power, the wizard Saruman, with a few of his trusted agents, fled the wreck of Isengard to avoid capture and traveled northwards, presumably through Dunland, where he would still have some support. eventually he arrived in the Shire where he was to establish a new power base. He was known from this time, especially in the Shire, as Sharkey, which in origin was probably derived from the Orcish SHARKU meaning 'old man'.

Measures 36mm from bottom of base to top of staff.