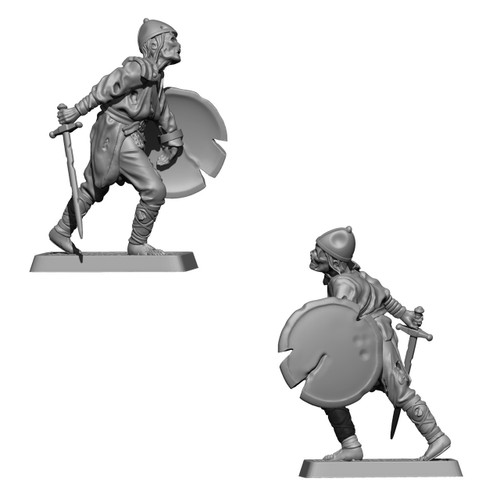 Summoned by Aragorn to fight the corsairs at Pelargir, the Deadmen of Dunharrow were the unquiet spirits of men of the white mountains. They had sworn an oath to fight with Isildur in the war of the Last Alliance, but had deserted him. As retribution their unquiet spirits haunted Dunharrow and the paths of the dead for many years until at last they fulfilled their pledge to Isildur’s heir.

This is the 132nd release in the Gold Status Fellowship club and was October 2016's Winning idea. It was suggested by 'mindx2'. 31mm in height from base to top of helmet.