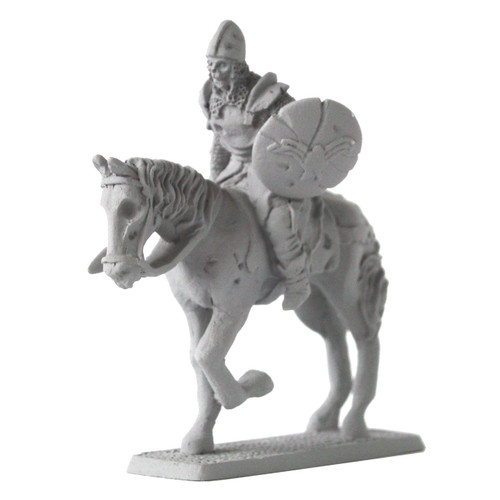 The Dead Men of Dunharrow (also referred as the Shadow Host, the Grey Host, the oathbreakers, or simply the Dead) were the shades of Men of the White Mountains (Ered Nimrais), who were cursed to remain in Middle-earth by Isildur after they abandoned their oath to aid him in the War of the Last Alliance. They were formerly known as the Men of the Mountains, and they were related to the Dunlendings.

The Men of the Shadow Host appeared to be grey shades; some still rode ghostly horses, but all moved at the same speed. They bore swords and spears and banners, and answered a horn-call with their own horns. However, they did not need weapons for their chief weapon was fear.

This is the 30th release in the Gold Status Fellowship club and was January 2008's Winning idea. It was suggested by 'H.Wolf'. Figure measures 49mm in height from bottom of base to top of helmet.