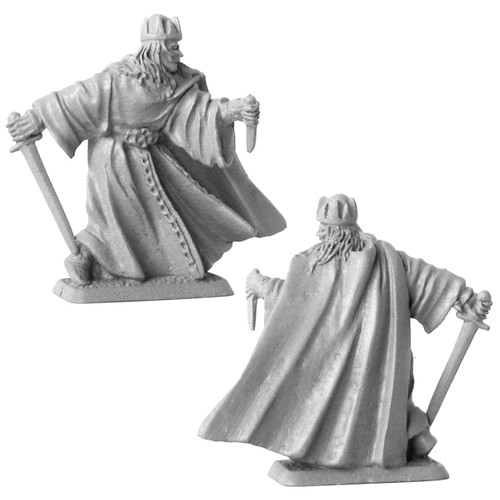 The Witch-King was the most powerful of the Ringwraiths, once mighty kings of men, now totally corrupted by the malignant influence of the One Ring.

Normally almost invisible to the human eye, except for whatever clothes or armour that a ringwraith wears, Frodo, when attacked on Weathertop, did see the Witch-king's ghostly form when he tried to use the One Ring to turn invisible and escape and placed himself in the same plane of existence that was inhabited by the wraith. Due to the close link between the Ring and the Nazgul, they can see through its magic, and Frodo was stabbed by the cursed blade of Sauron's most dangerous ally.

Weathertop™ overlooks the Great East Road east of Bree, about midway between the Shire and Rivendell. The watchtower and fortifications were burned and destroyed in T.A. 1409, but the top is still flat and surrounded by a ring of stones.

This is the 28th release in the Gold Status Fellowship club and was November 2007's Winning idea. It was suggested by Axel Schudak. Figure measures 34mm in height from bottom of base to top of crown.