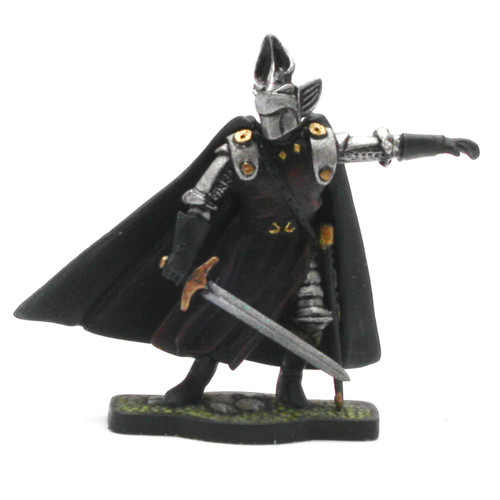 Originally a Variag from Khand, Uvatha was, like all his people, a great horseman. He fought in civil war in his native Khand and eventually united all the tribes under his own rule. He accepted the gift of the ring of power shortly after achieving this.

The Variags were useful allies to the Dark-lord protecting his eastern and south-eastern borders and were later to prove a valuable addition to the armies of Mordor, their fearsome and bloodthirsty reputation alone striking terror into the hearts of many of their enemies.

When Sauron fell at the end of the Second-age Uvatha also passed into the shadow, but re-appeared along with the Dark-lord after a thousand years or so. He re-established his rule of Khand and expanded his kingdom into northern Harad. He took part in the Nazgul attack on Minas Ithil, and re-occupied the tower of Sorcery when Sauron had moved to Mordor.

He was sent by Sauron to seek the One ring and along with others of the Nine caught up with the Hobbits at the ford of the Bruinen. He perished later, after the battle of the Morannon, when the One ring slipped into the Cracks of Doom on Orodruin.