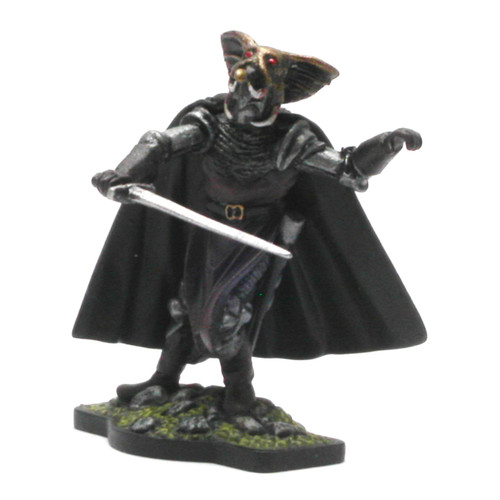 Indur Dawndeath was born in the Second-age in the far south of Middle-earth, where he ruled his tropical kingdom despite the growing threat of Numenorean power. After being ousted from his throne he fled to Mumakan and sought refuge with the agents of the Dark-lord who resided there.

Here he was offered one of the nine rings of Sauron, and all its accompanying power. He accepted and although, with its power, he re-eastablished himself over both Mumakan and his previous realms Indur was now thrall the the will of the Dark-lord. He accompanied Sauron to Mordor at the end of the Second-age and fought for him at the war of the Last alliance. Here Sauron was overthrown and his nine servants vanished also from the face of the earth.

When the Dark-lord began to re-emerge during the Third-age, the Nine re-appeared also, as terrible beings of shadow and invisibility, and bound even more completely to the will of their lord. Indur the wraith ruled Mumakan once more and held the land in fief to his master. During the war of the Ring, he led the Mumakil assault on the Gondorian citadel of Minas Tirith.