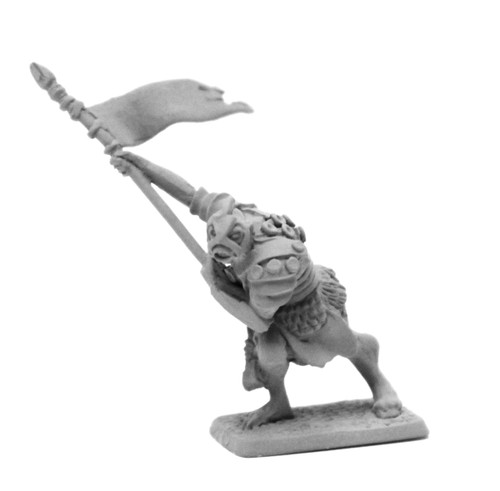 Following the death of Smaug in 2941 T.A. a vast host of Goblins and Wargs descended from the north to plunder the Dragon's hoard. The Dwarven armies of Dain and Thorin, together with the men of Lake-town and the Elvenking's host, put aside their own quarrels and united against the goblin horde. The Goblin's were led by Bolg who had a particularly tough bodyguard, which would have included his standard bearer. The standard itself was black and red.

This is the 51st release in the Gold Status Fellowship club and was October 2009's Winning idea. It was suggested by 'gilgaladtolkien'. Figure measures 39mm in height from bottom of base to top of Standard.