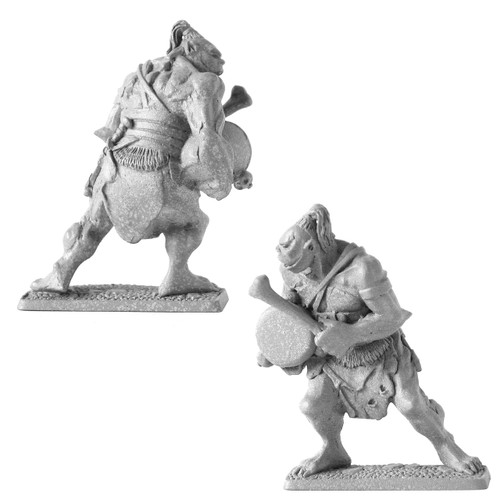 Olag-Hai Trolls were bred in Mordor to be resistant to sunlight and smarter (although still very stupid) than their mountain cousins. A Troll Drummer is a core component in any battle, as he strikes terror into his foes and helps keep the fickle armies of Mordor motivated. A Trolls skin is as tough as stone and his huge strength means he can use the 'drum-stick' as a handy club to pulp any enemies that approach. Olag-hai Trolls can understand the Black-Speech of Mordor although they rarely speak themselves. They require direction from their masters at all time as they lack any initiative.
This is the 24th release in the Gold Status Fellowship club and was July 2007's Winning idea. It was suggested by 'ddaines'. Troll figure measures 45mm in height.