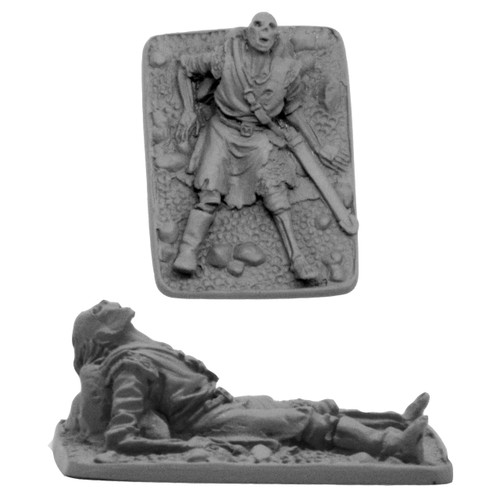 He was said to have passed along the Paths of the Dead, through the Dark Door under Dwimorberg. Theoden said "A rash vow he spoke, as he drained the horn at the feast which Brego made to hallow new-built Meduseld, and he never came to the high seat of which he was the heir".

After passing through the Dark Door, Aragorn found "...the bones of a mighty man. He had been clad in mail, and still his harness lay there whole; for the cavern's air was as dry as dust, and his hauberk was gilded. His belt was of gold and garnets, and rich with gold was the helm upon his bony head face downward on the floor. He had fallen near the far wall of the cave, as now could be seen, and before him stood a stony door closed fast: his finger-bones were still clawing at the cracks. A notched and broken sword lay by him, as if he had hewn at the rock in his last despair. Aragorn did not touch him, but after gazing silently for a while he rose and sighed. 'Hither shall the flowers of simbelmynë come never unto world's end,' he murmured. 'Nine mounds and seven there are now green with grass, and through all the long years he has lain at the door that he could not unlock. Whither does it lead? Why would he pass? None shall ever know!'" This was, presumably, Baldor.