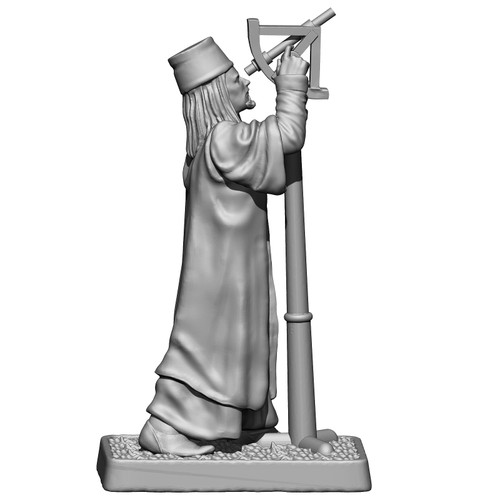 “They stand guard because they have hope. A dim and fleeting hope that one day it will flourish, that a King will arrive and this city will return to what it was before its decline. The old western teachings fell into oblivion. Kings built tombs more splendid than houses for the living. And they treasured the ancient names of their ancestry more than those of their own children. Lords without heir lived in old mansions clouded by their heraldry or in tall cold towers devoted to astrology. That is why the people of Gondor knew ruin. The royal lineage failed. The White Tree dried up. The government of Gondor was handed over to lesser men.”
The Return of the King.

This is the 181st release in the Gold Status Fellowship club. This was the winning idea from August 2020 and was submitted by Fellowship member "eleamar". There are five parts that require assembly (i.e.: base, telescope on pole, two arms and astrologer body). All parts are made of an alloy of tin, zinc and antimony.