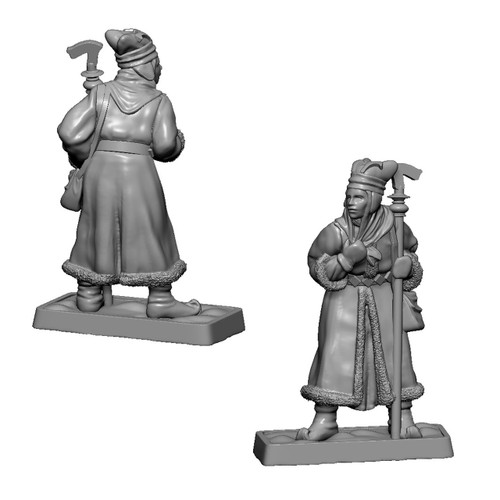 Between the northern foothills of the Ered Luin to the west and the northern extremities of the Hithaeglir to the east, lies the great ice-bay of Forochel. Around this ice-bay live the Lossoth. They live in snow-houses and make their living by fishing or hunting on the ice. The Lossoth Wise Woman would tend to the physical injuries of her tribe while shamans would tend to their spiritual needs.

This is the 145th release in the Gold Status Fellowship club and was October 2017's Winning idea. It was suggested by 'luthien4tinuvielle'. Measures 34mm in height from base to top of hat.