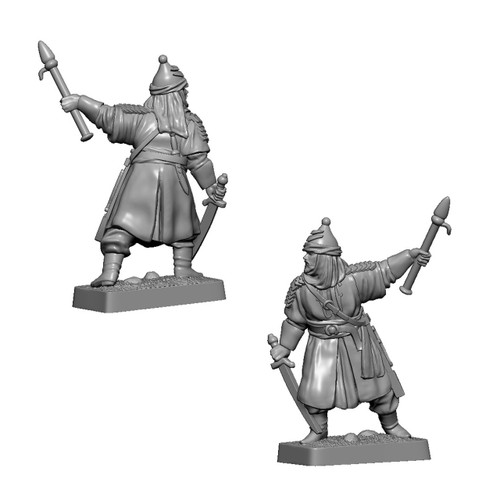 The Haradrim were allies of the Dark Lord in the War of the Ring. They were a fierce warrior people from the hot desert areas of Southern Middle-earth. The Mumaks were huge elephants that acted like literal battle platforms. They often had war towers on their backs and could crush or gore any enemies underfoot. This commander would command such a platform which may include archers that would rain down arrows from the protection of their huge mount.

This is the 144th release in the Gold Status Fellowship club and was September 2017's Winning idea. It was suggested by 'Axel'. Measures 37mm in height from base to tip of raised weapon.