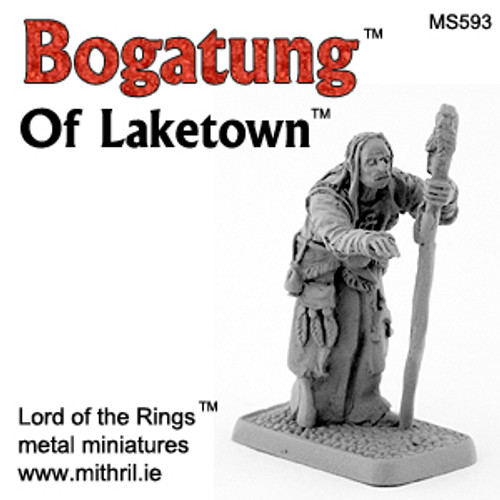 Bogatung was the oldest resident of Laketown with a fearsome reputation for magical power and a daunting physical presence. Years before she had been a priestess of a local Esgaroth cult but now, despite her great age, blindness and hunched appearance, struck awe and fear in those who encountered her. She had a great reputation for foretelling the future.

This is the 90th release in the Gold Status Fellowship club and was February 2013's Winning idea. It was suggested by 'Milo'. 35mm in height from the bottom of the base to the top of the staff.