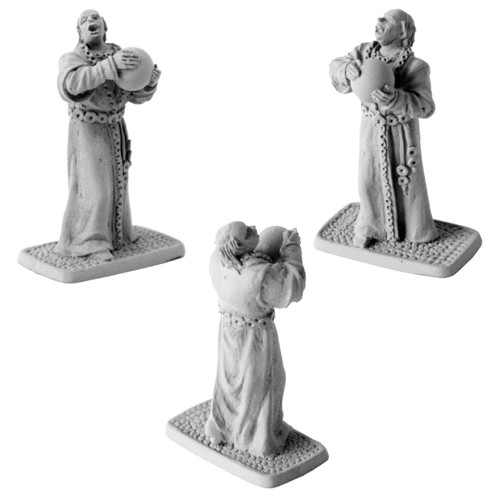 Denethor II was the first son and third child of Ecthelion II. He was widely considered a man of great will, foresight, and strength.
He began secretly using a palantír to probe Sauron's strength, though he incorrectly insisted he was able to control it. The effort aged him quickly, and the knowledge of Sauron's overwhelming force depressed him greatly, mostly due to deliberately biased visions from the palantír on the part of Sauron. Boromir's death depressed Denethor further, and he became ever more grim. Nonetheless he continued to fight Sauron with every resource at his disposal until the forces of Mordor arrived at the gates of the White City, at which point he lost all hope.

Before the final Battle for Minas Tirith, Denethor ordered the warning beacons of Gondor to be lit, and forces were called in from all of Gondor's provinces. The civilian population of Minas Tirith was sent away to safety. As invasion seemed imminent, Denethor sent the Red Arrow to the Rohirrim. The Council decided that Gondor could make no stroke of its own but Denethor ordered Gondor's forces to the outer defenses of Osgiliath and the great wall of the Rammas Echor. He wanted to make a stand, since the defences had been built at great expense and not yet been overrun. His son Faramir and the other commanders objected due to the Enemy's overwhelming numbers and preferred instead to defend the city itself, but Faramir nonetheless obeyed out of respect for his father and late brother. Faramir's body, apparently mortally wounded, was returned during the retreat, as the capital city was under siege by vastly superior forces.

This last loss finally broke Denethor's spirit. Denethor committed suicide, having ordered his men to burn him alive on a pyre prepared for himself and Faramir. He took the white rod of his office and broke it over his knee, casting the pieces into the flames. He laid himself down on the pyre and so died, clasping the palantír in his hands. He also attempted to take the grievously injured and apparently dying Faramir with him, but was thwarted in this by the timely intervention of Peregrin Took, with help from Gandalf and the guard Beregond.

This is the 79th release in the Gold Status Fellowship club and was February 2012's Winning idea. It was suggested by 'rohangrl'. Figure measures 32mm in height.