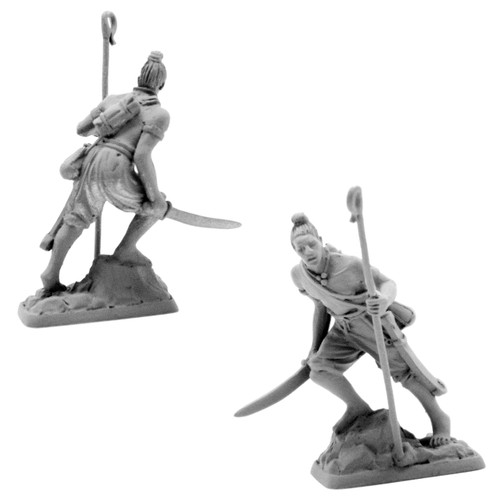 Junast is an ICE generated character, who appears in the LotR RPG module FAR HARAD (p.17). He was a simple goatherder who undertook a dangerous quest to destroy the body that Vatra (an avatar of Sauron) was creating for himself in the Land of the Sun. He partially succeeded in his quest and at least delayed the return of Vatra.

This is the 74th release in the Gold Status Fellowship club and was September 2011's Winning idea. It was suggested by 'Shadyt'. Figure measures 40mm in height from bottom of base to the top of the staff.