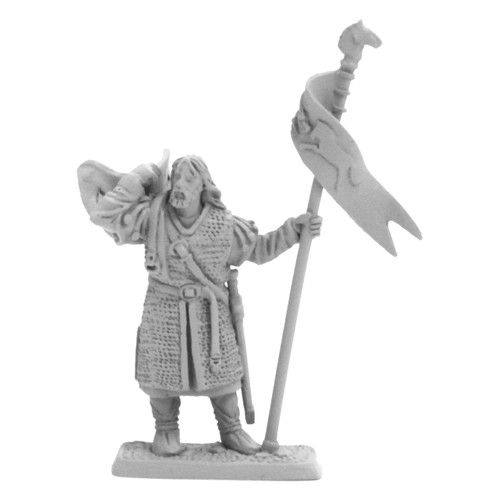 Guthlaf was Théoden's banner-bearer during the War of the Ring.
He rode with the Rohirrim to the relief of the city of Minas Tirith and was killed during the Battle of the Pelennor Fields, with the king's banner in his hand.

He fell with the banner in his hand, and it had to be taken from him after death to be given to Éomer. He also earned himself a mention in the Song of the Mounds of Mundburg.

This is the 63rd release in the Gold Status Fellowship club and was October 2010's Winning idea. It was suggested by 'ddaines'. Figure measures 48mm in height from bottom of base to the top of the standard.