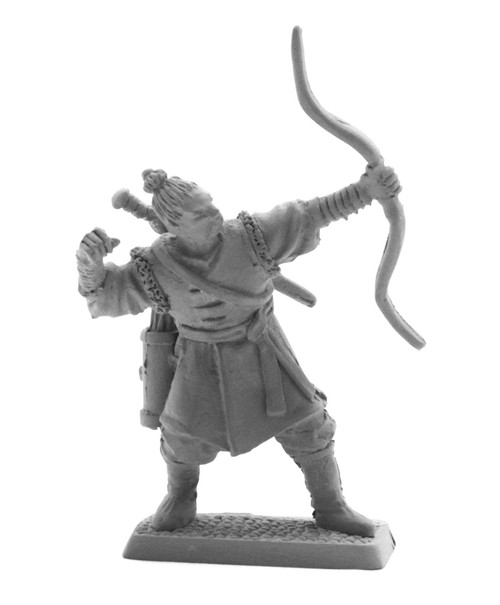 The Variags of Khand were famous for their ferocity and warlike demeanour. They were among the Dark Lord's most feared troops and consisted mainly of heavy and light cavalry and some light infantry.
The light infantry comprised mostly archers of which this figure is one. He is armed with a composite bow larger than that carried by the mounted troops and has a longsword as a secondary weapon. His hair is worn in a high top-knot in typical Variag fashion.

This is the 61st release in the Gold Status Fellowship club and was August 2010's Winning idea. It was suggested by 'fulvio'. Figure measures 44mm in height from bottom of base to top of the bow.