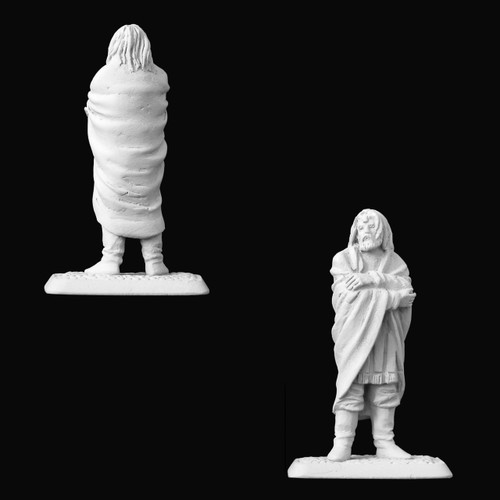 Arvedui was the fifteenth and last king of Arthedain.
Defeated in 1974T.A by the Witch-king and his armies, Arvedui escaped with a few retainers to the Far North and sought help from the Snowmen of Forochel.
He was rescued by an Elven ship sent by Cirdan of the Havens, but the vessel was driven in storm into the pack-ice and Arvedui and all aboard were lost.

This is the 49th release in the Gold Status Fellowship club and was August 2009's Winning idea. It was suggested by 'Gildor'. Figure measures 34mm in height from bottom of base to top of his head.