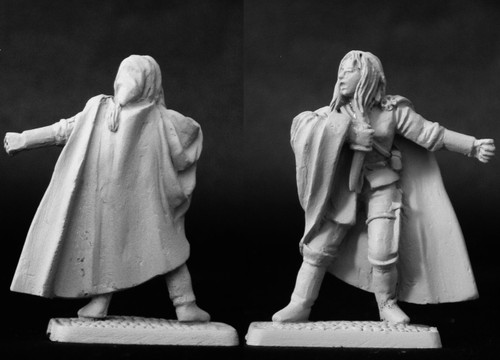 Dol Amroth lay to the south of the mouth of the River Morthond. The Faithful from Númenor began colonising the coast near Dol Amroth at the end of the Second Age shortly before Númenor was destroyed and this area was noted for the number of men of Númenórean blood, and for the number who still spoke the Elvish tongue. The city that eventually grew there contained many different professions, not all honorable.

This is the 46th release in the Gold Status Fellowship club and was May 2009's Winning idea. It was suggested by 'Twrich'. Figure measures 32mm in height from bottom of base to top of head.