MS534 Lord of the Rings 'Isildur™ and the One Ring Bonus' Fellowship 32mm Scale Figure. 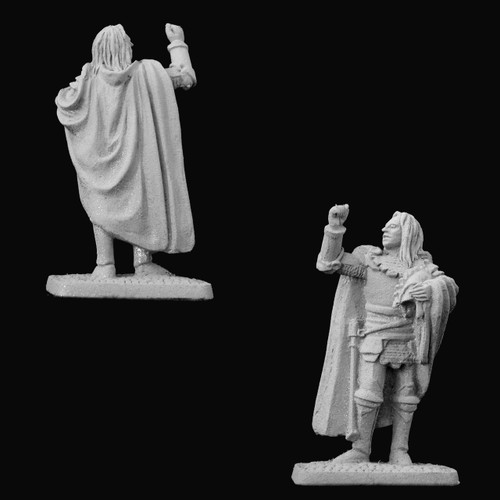 MS534 Lord of the Rings 'Isildur™ and the One Ring Bonus' Fellowship 32mm Scale Figure.

Isildur, the son of Elendil, was present at the Last Alliance of Men and Elves and fought in the great battle of Dagorlad and the siege of Mordor. Eventually Sauron came forth to challenge the king and Elendil and Gil-galad were slain, but Isildur picked up his father’s broken sword, Narsil, and cut the ring finger off Sauron. This destroyed Sauron’s physical form and won the day.

Despite the urging of Elrond and Círdan, Gil-galad's lieutenants, Isildur did not throw the Ring into the fires of Mount Doom; Instead, he claimed it as an heirloom for his House, and as weregild for the deaths of his father and brother. This was ultimately his doom and it allowed Sauron to slowly regain his strength.

Figure measures 36mm in height from bottom of base to top of raised hand.