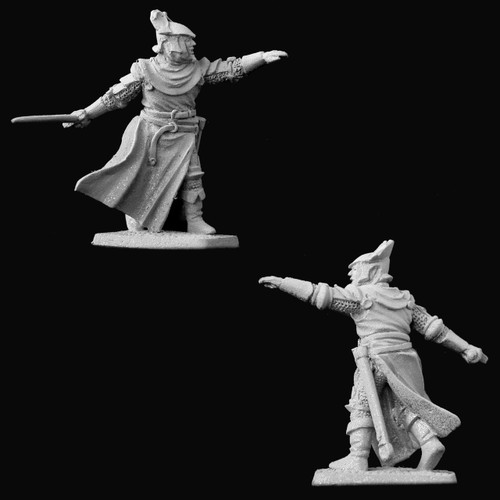 Minas Ithil was renamed to Minas Morgul when the Ringwraiths took it over, and it became a place of madness and dread, the entrance guarded by grotesque statues and it emitted a strange spectral light of the undead. Black Numenoreans may well have been stationed there, similar to the Mouth of Sauron character.

This is the 44th release in the Gold Status Fellowship club and was March 2009's Winning idea. It was suggested by 'estel'. Figure measures 36mm in height from bottom of base to top of head.