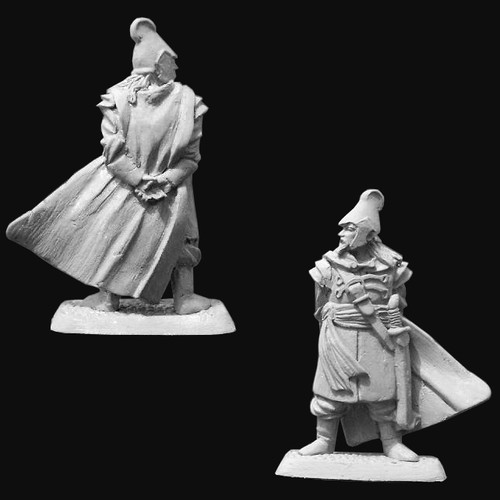 Originally a Numemorean establishment, the coastal city of Umbar became a haven and refuge for the black Numenoreans after the end of the second age, and a persistent enemy of Gondor. The city changed hands several times and finally came under the control of the Haradrim. It became the base of many raiding fleets and pirates that plagued the coasts of its northern neighbour. This admiral of Corsairs would have commanded one of the several fleets that attacked Gondor many times during this period, notably in 2758 T.A.

This is the 18th release in the Gold Status Fellowship club and was January 2007's Winning idea. It was suggested by Peder Hammarskiöld. Measures 34mm in height approximately.