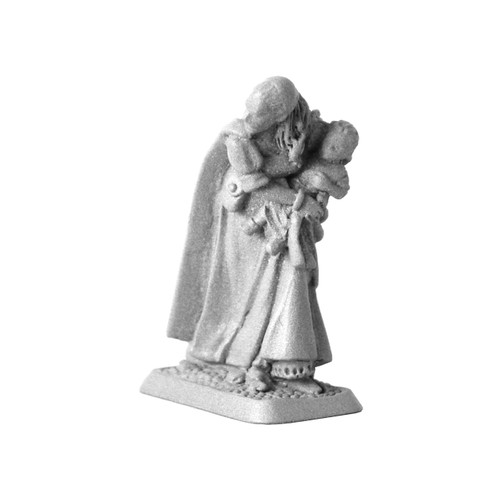 Mother of Aragorn, King Elessar. Gilraen was born in 2907. Her father was Dirhael and her mother was Ivorwen. She was known as Gilraen the Fair. Gilraen married Arathorn son of Arador in 2929. Her father Dirhael was opposed to the match because he felt Gilraen was too young to marry and because he had a sense of foreboding that Arathorn would not live long. But Ivorwen counselled her husband to acquiesce, saying "If these two wed now, hope may be born for our people; but if they delay, it will not come while this age lasts."

One year later, Arathorn II became Chieftain of the Dunedain when his father was killed by Hill-trolls. Gilraen gave birth to Aragorn on March 1, 2931. In 2933, Arathorn was slain by an Orc arrow. Gilraen took her two-year-old son Aragorn to Rivendell, also known as Imladris, where Elrond accpeted the boy as a foster-son and gave him the name Estel, meaning "Hope."

Gilraen and Aragorn lived together at Rivendell until 2951, when Aragorn turned twenty and was told of his heritage by Elrond. At that time also Aragorn met Elrond's daughter Arwen and fell in love with her. Gilraen noticed a change in her son and questioned him about it. She warned Aragorn that Elrond would not easily consent to a marriage between his only daughter and a mortal Man. Gilraen feared that the line of Isildur would end, and she told Aragorn that it was his fate to wander in the Wild. She said no more to him of her fears and Aragorn left Rivendell to face many perils and hardships.

This is the 13th release in the Gold Status Fellowship club and was July 2006's Winning idea. It was suggested by 'bombadil1963'. Measures 32mm X 22mm approximately.