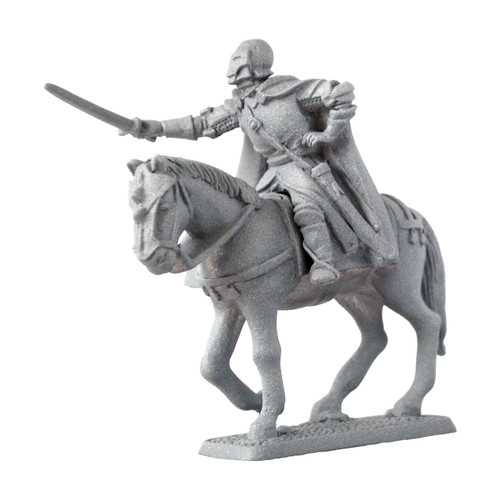 This figure is a controversial one, who was never accurately described in the LOTR books. Some feel he is an orc, or a Black Númenórean, or even a kind of Nazgul. Chris has made his version keep that mystery alive. Definitely powerful and a leader of all dark things, he is shown here directing his troops in battle.

He is only mentioned once in 'The Battle of the Pelennor Fields' chapter of The Return of the King. He directs the battle after the Witch-King was slain by Éowyn and Meriadoc. It is believed he was destroyed when Mordor's forces were defeated.

Gothmog shares his name with a much earlier character, Gothmog, Lord of Balrogs. The original Gothmog is clearly a different character than the Gothmog of The Lord of the Rings despite sharing the same name. It would seem that the Gothmog of the Third Age had taken, or been given, the name in memory of Morgoth's captain; an interesting choice, perhaps, since Sauron and the Lord of Balrogs were presumably rivals for Morgoth's favour during the Elder Days.

This is the 12th release in the Gold Status Fellowship club and was June 2006's Winning idea. It was suggested by 'Axel'. Measures 50mm X 48mm approximately.