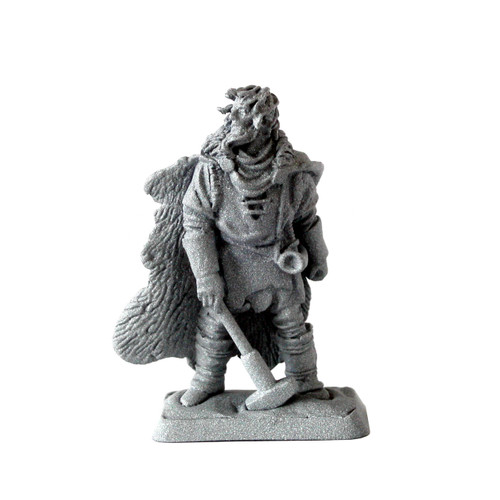 Legendary 9th King of Rohan. Helm was a man of great strength and valor.

In 2754, Helm refused to give his daughter's hand in marriage to Wulf, son of Freca - a Man of Rohan who was akin to the Men of Dunland. He was enraged by Helm's refusal and insulted him. Helm responded by slaying Freca with one blow from his mighty fist. Thereafter he was known as Helm Hammerhand.

Freca's son Wulf invaded Rohan in 2758 and captured Edoras. Helm's son Haleth died defending Meduseld, the King's hall. After suffering a great defeat at the Fords of Isen, Helm and his people took refuge in the stronghold that became know as Helm's Deep. They were besieged there during the Long Winter of November 2758 to March 2759. After Yule their supplies ran low and they were starving. Helm's son Hama went out in search of food and never returned.

The loss of his sons and the need of his people made Helm grow fierce. He began go out alone, dressed in all white, to raid the enemy camps and kill any Dunlendings he encountered. Each time he sounded his great horn, and his foes fled in terror. The Dunlendings believed that Helm could not be touched by any weapon and that he killed with his bare hands, and they began the false rumor that he ate his victims.
One night in 2759, Helm left Helm's Deep and did not return. His men found him at dawn, standing frozen on Helm's Dike.

This is the 8th release in the Gold Status Fellowship club and was February 2006's Winning idea. It was suggested by 'presto247365'.

Helm Hammerhand is 35mm in height from base to top of Helm's head. The arm with the hammer requires gluing to the figure.

MB237 Lord of the Rings 'The Fellowship of the Ring™' 32mm Scale Metal Miniatures.