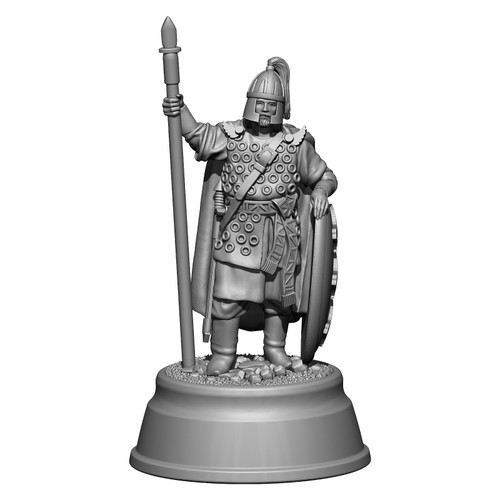 Bain was a man of Dale, son of the famed Bard the Bowman, who slew the dreaded Dragon Smaug. It was during his time as king, after his father's passing, that many party gifts of different varieties were ordered for use at Bilbo's Farewell Birthday Party. After his passing his son, Brand, became king. Brand would later fight in the War of the Ring at the Battle of Dale, where he was slain.

Only 100 of these figures are produced. All orders for this item before our return on January 4th 2021 will be primed. After Jan 4th we will have them unprimed. It require assembly as it comes in 2 parts, the figure itself and its base. It measures 40mm in height from base to top of spear, Base is 10mm high, making entire figure about 50mm when assembled. All parts are made of an alloy of tin, zinc and antimony.