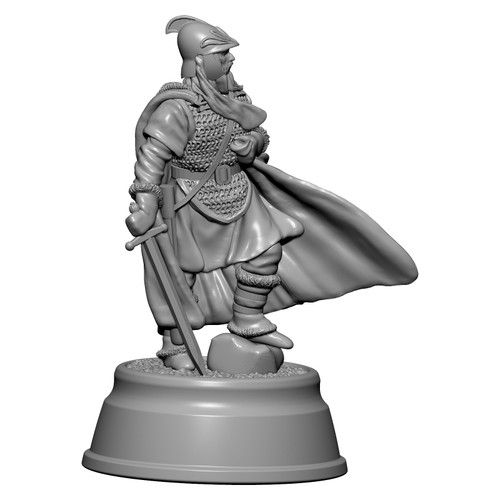 Having suffered a great defeat at the hands of the Witch-king, Arvedui, last king of Arthedain escaped into the far north after the capture of his city of Fornost. Seeking succour from the Snowmen of that region, he and a few loyal retainers awaited the arrival of an Elven ship to rescue them. The figure represents him awaiting Cirdan’s ship in the icy bay of Forochel.

Only 100 of these figures were produced. It is not antique finished or primed. It require assembly as it comes in 3 parts, the figure itself, a sword arm and its base. It measures 43mm in height from base to top of figures head.