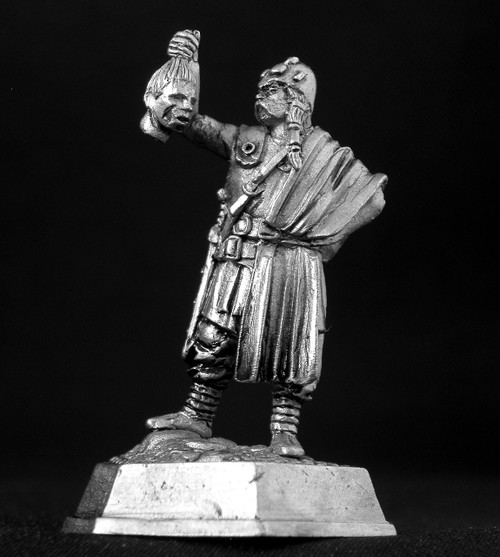 There were only 200 of these 32mm scale metal miniatures produced.

Broggha was a Hillmen chief of the 17th century T.A. He led the nine clans of Rhudaur and was an unscrupulous political realist, making and breaking alliances whenever he saw an advantage for himself. His title "Targ-arm" refers to certain magical items possessed by the successive leaders of the Hillmen clans. Having befriended and then quarrelled with two Rhudaurian kings, namely Ervegil and Ernil Hallas, he burned down the latter's stronghold, Andrath, and withdrew to the haunted fastness of the Trollshaws. His ultimate fate is unclear.

Measures 42mm from bottom of base to top of severed head.