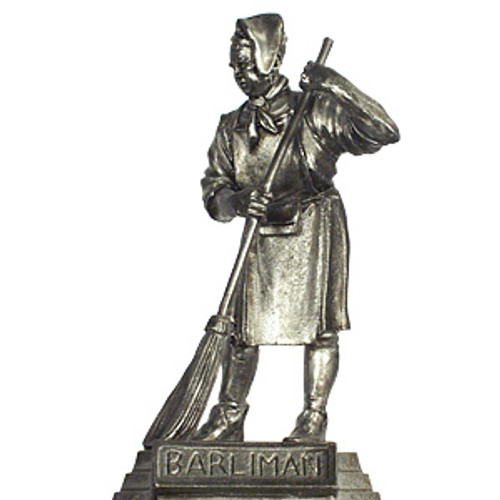 Barliman Butterbur was the proprietor of the Prancing Pony, a famous inn at the crossroads of the Greenway and the Great East Road that had been in his family for generations. As innkeeper, Barliman was considered an important man. Both Tom Bombadil and Gandalf described him as "worthy," but Barliman's greatest failing was his poor memory.

On Mid-year's day in 3018, Gandalf passed through Bree and gave Barliman an urgent letter to be delivered to Frodo Baggins. Gandalf had learned that the Nine Ringwraiths were abroad in the guise of Black Riders and warned Frodo to leave the Shire at once. But Barliman had no one available to send the letter and soon forgot about it entirely. As a result, by the time Frodo left the Shire three months later the Black Riders were already on his trail.

Barliman was very apologetic and agreed to do what he could to help hide Frodo and speed him on his way. The innkeeper was honest as well, for when it was discovered the next morning that the inn had been attacked and the Hobbits' ponies set loose, he bought Bill the Pony for twelve silver pennies and gave Merry an additional eighteen pence, though that was quite a lot of money for him to lose.