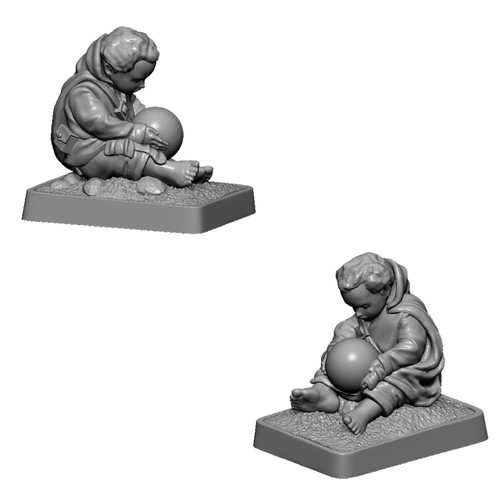 Pippin felt strangely drawn to the Palantir that Gandlf had removed from Isengard after Saruman’s defeat. Encamped with the Rohirrim en route to Minas Tirith, Pippin could not resist another look at the strange crystal, and stealing it away from the sleeping wizard, he gazed into its depths. The shock of even the briefest encounter with the Dark lord which the Palantir afforded him, left him stunned and speechless.

This is the 150th release in the Gold Status Fellowship club and was January 2018's Winning idea. It was suggested by 'gondolin'. Measures 15mm in height from base to top of head.